This was the first saloon designed and built by Seat after joining the Volkswagen Group, which took place in 1991.

The design was based on the VW Jetta floorpan. The Toledo was Seat’s first assault on the European medium-high range saloon segment.
The design, which was conditioned by the floorpan on which it was based, was a three-box configuration with a very comfortable passenger compartment and exceptional load volume for luggage
Aerodynamics played a fundamental role in the design.  The front featured smooth, rounded lines, with bumpers able to distribute airflows effectively between the upper and lower parts.

Trivia
In 1991 the industrial design division, was responsible for developing the merchandising connected with the car under the name of Boutique Toledo.

1998 saw the second generation of the Toledo, also derived from the Golf platform, with completely new lines and a brand-new front end.
The seamless connection between bonnet, windscreen, roof and rear window guaranteed an even airflow. 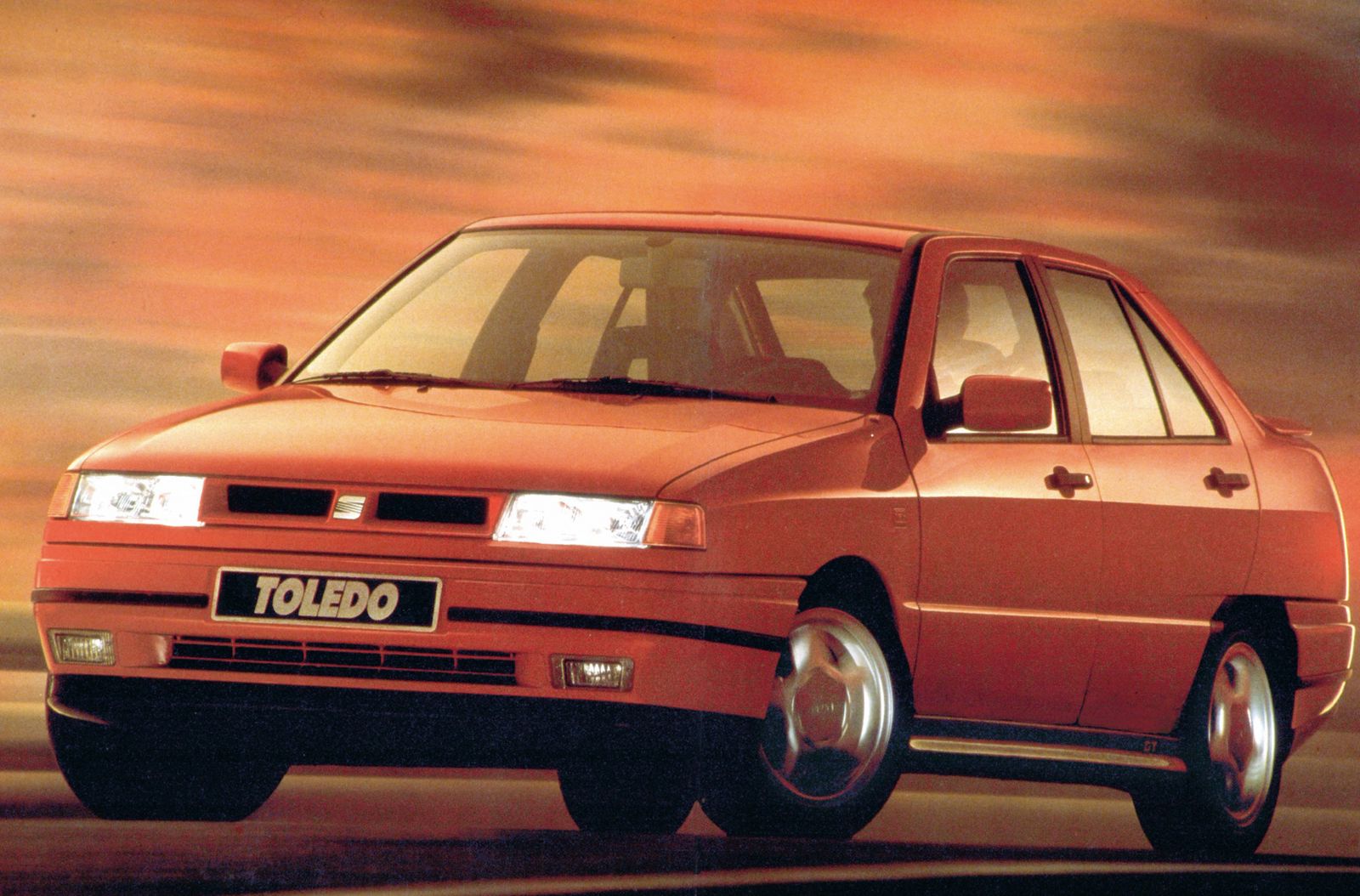 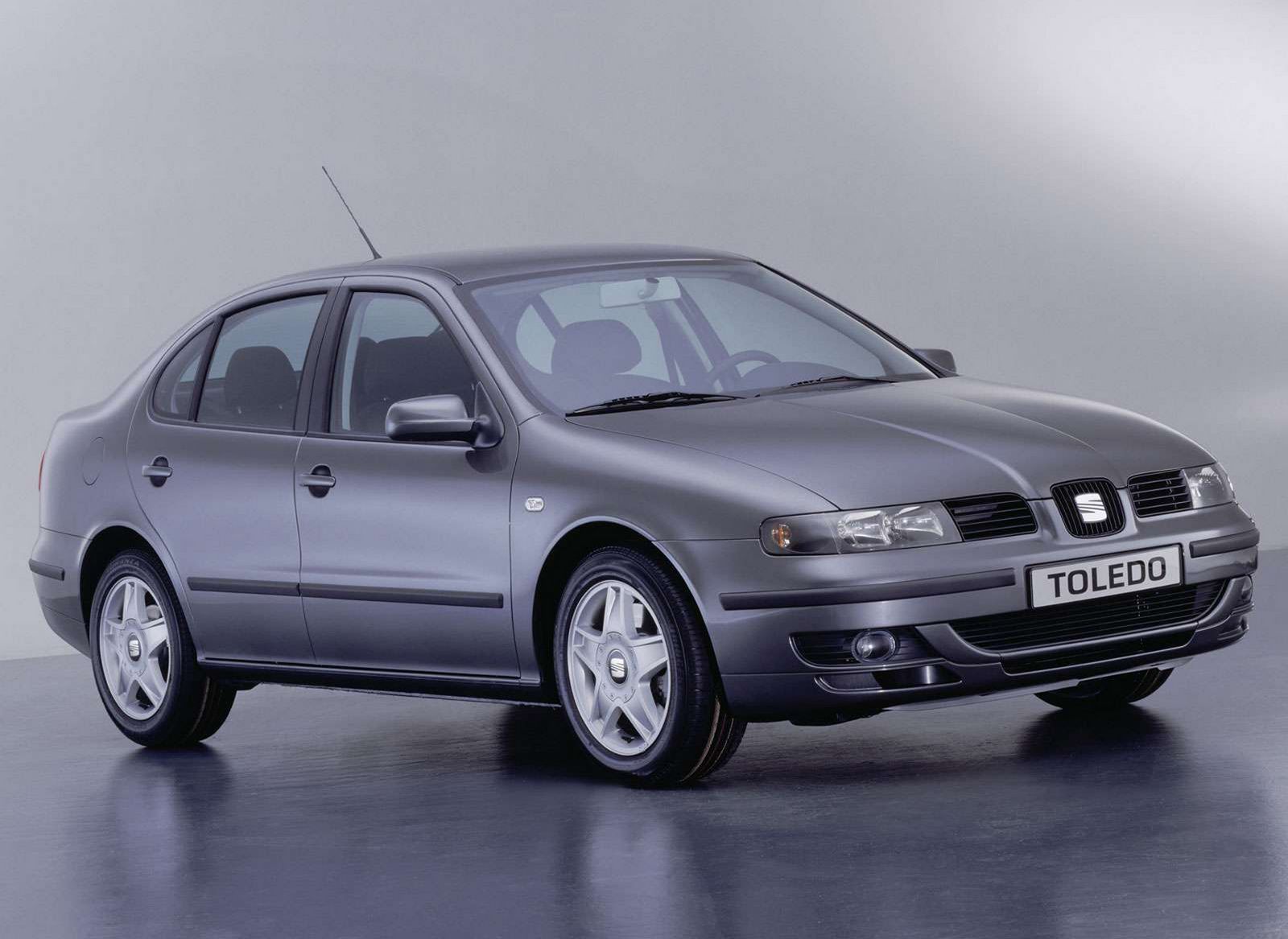 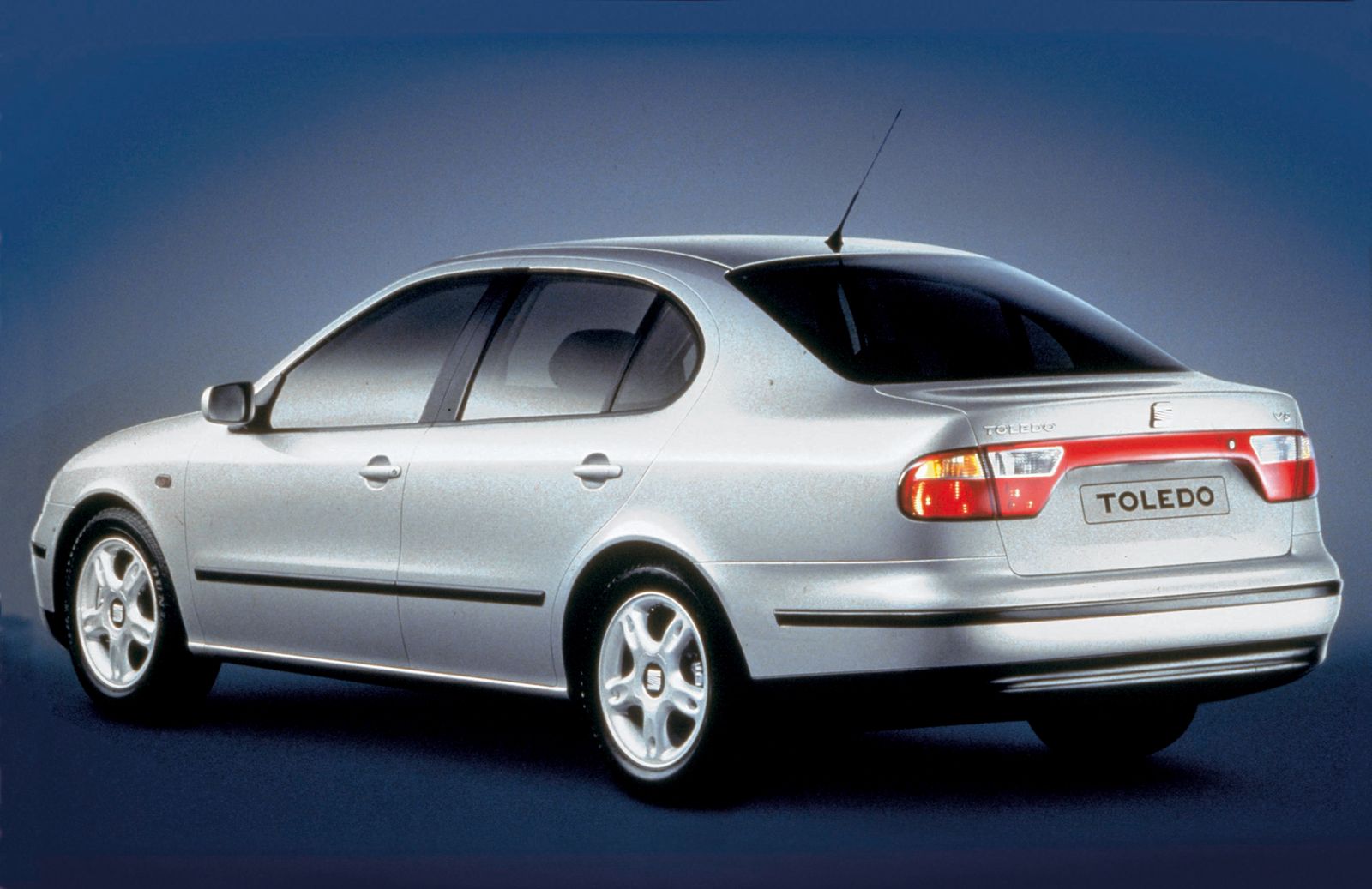