A car with a decidedly sporty setup, as the Parcour, but designed for all weather conditions, for all situations, could not fail to have an open-top version

The setup is very similar to that of a coupé but in this case  the style has been redesigned starting with the engine, to enhance the sporty spirit even further; in fact, in this version there is no interruption in the continuity between the passenger compartment and the engine compartment.

To make up for the absence of a roof, the front and rear pillars have been strengthened with carbon fibre; they not only play an aerodynamic role but also act as a roll-bar, to guarantee the safety of occupants if the car overturns.

The front pillars illustrate the distinctiveness, each one consists of two distinct and separate elements: “this way it has a double dimension compared with a coupé, to ensure the appropriate sturdiness of the roll-bar but, thanks to the fact that they are made up of two separate elements, the driver can see through them and the blind spot is drastically reduced, guaranteeing optimal visibility“. 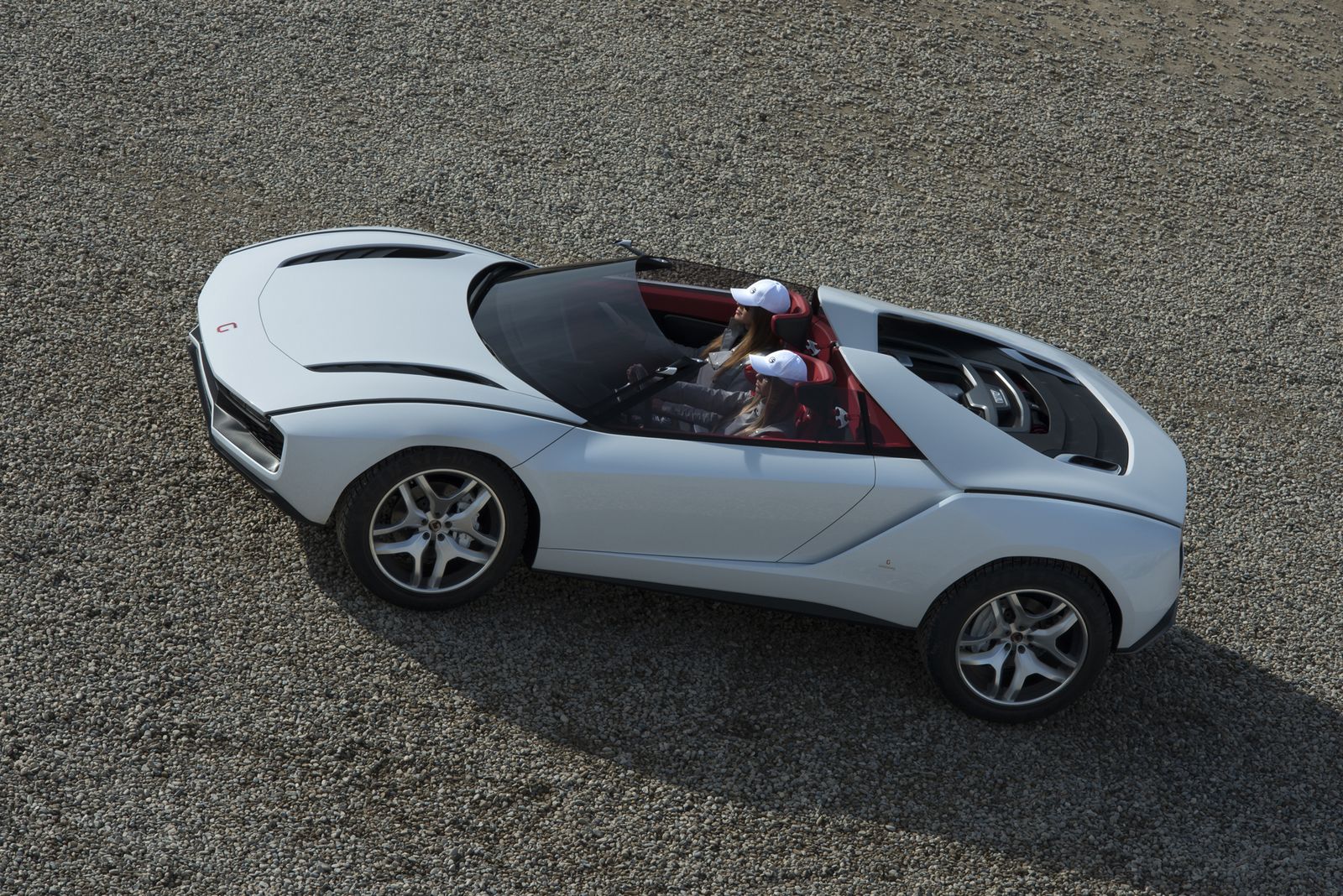 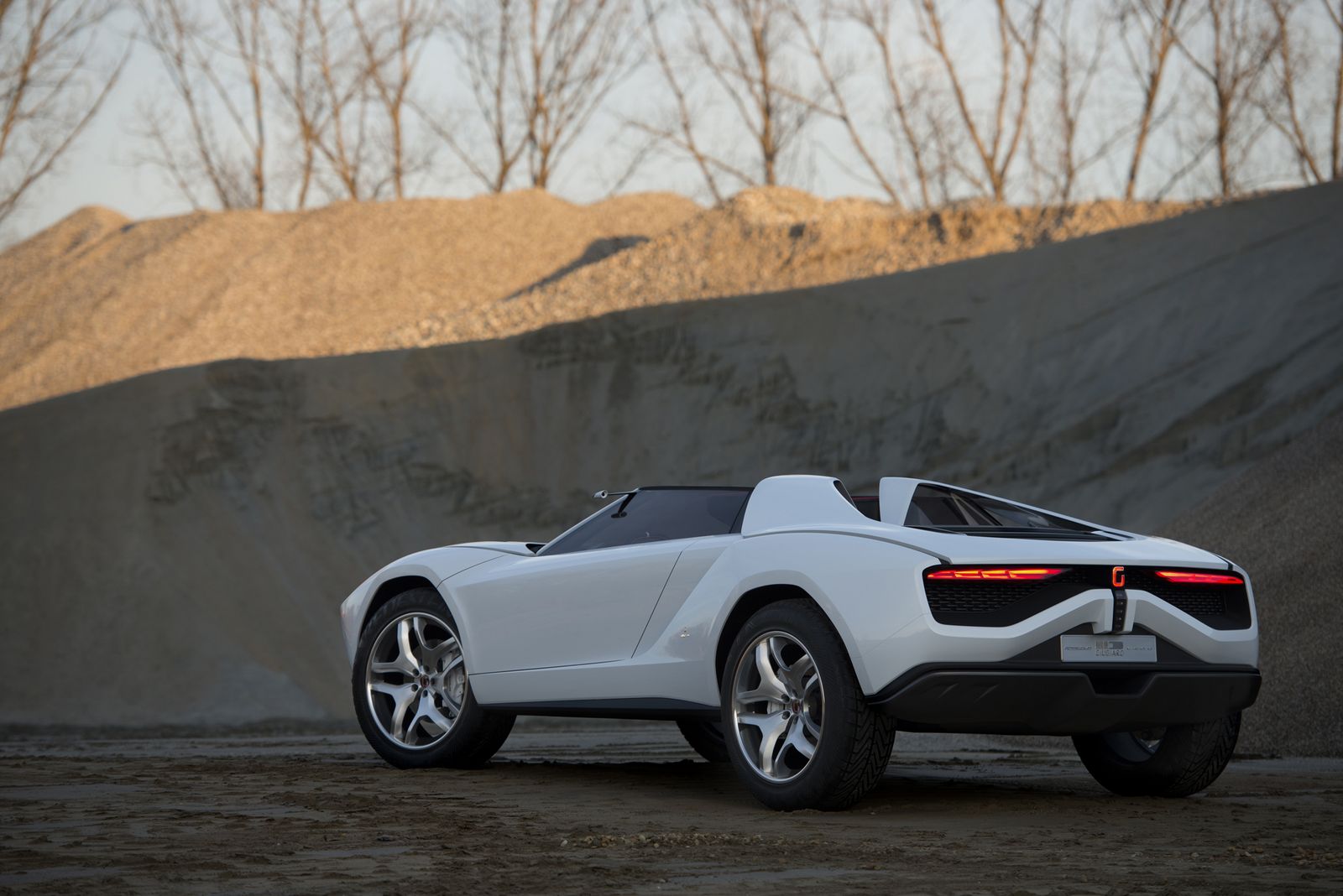 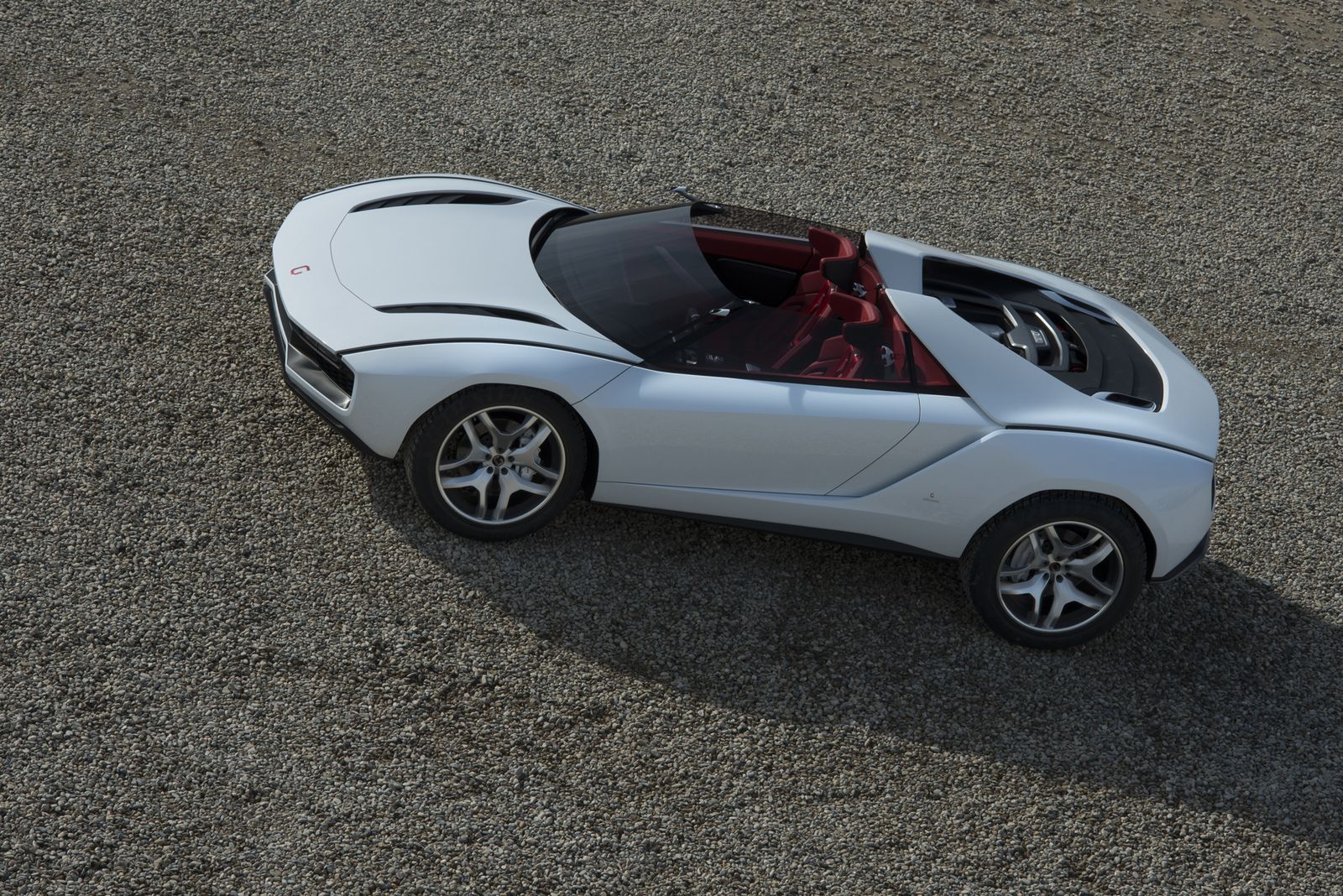 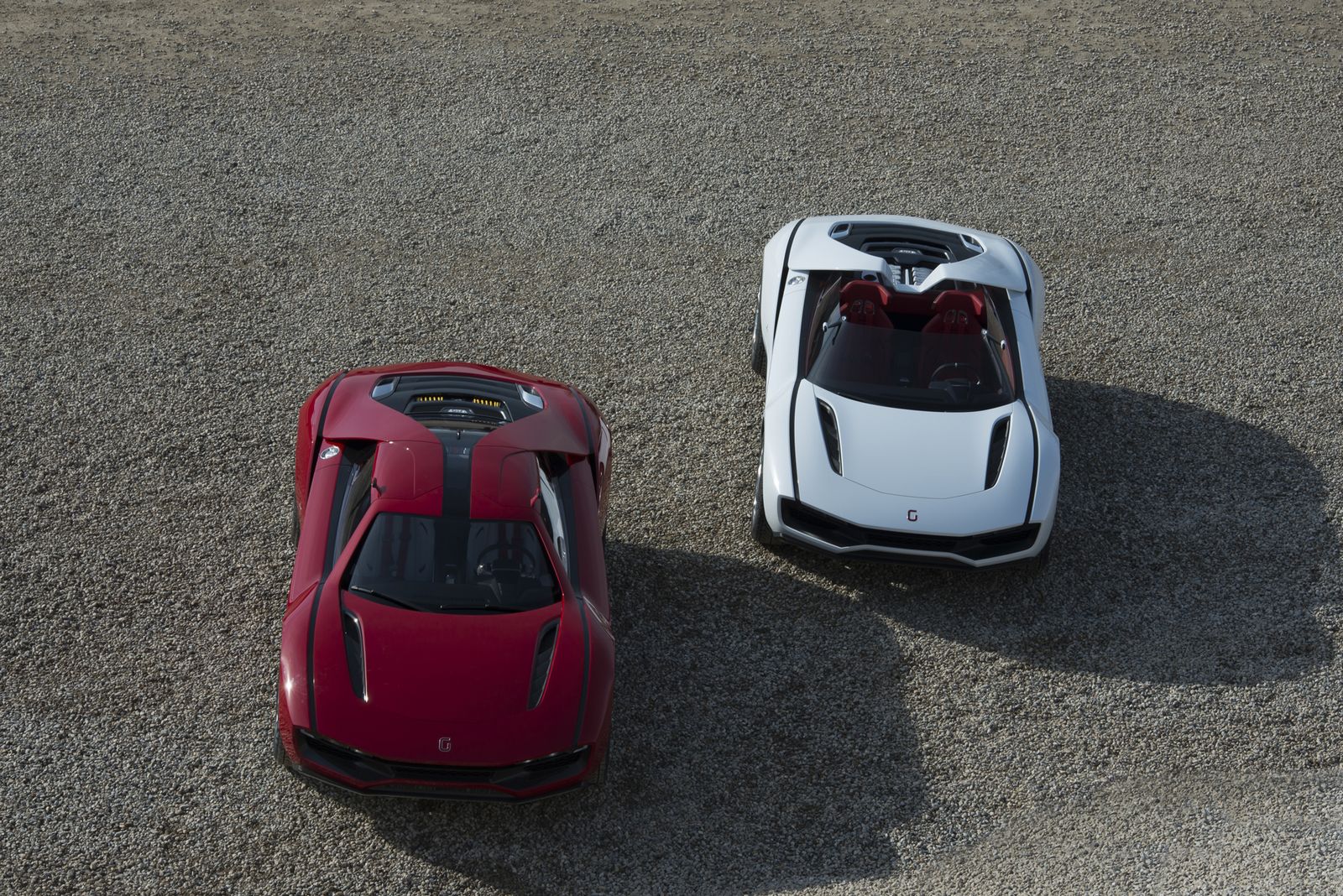 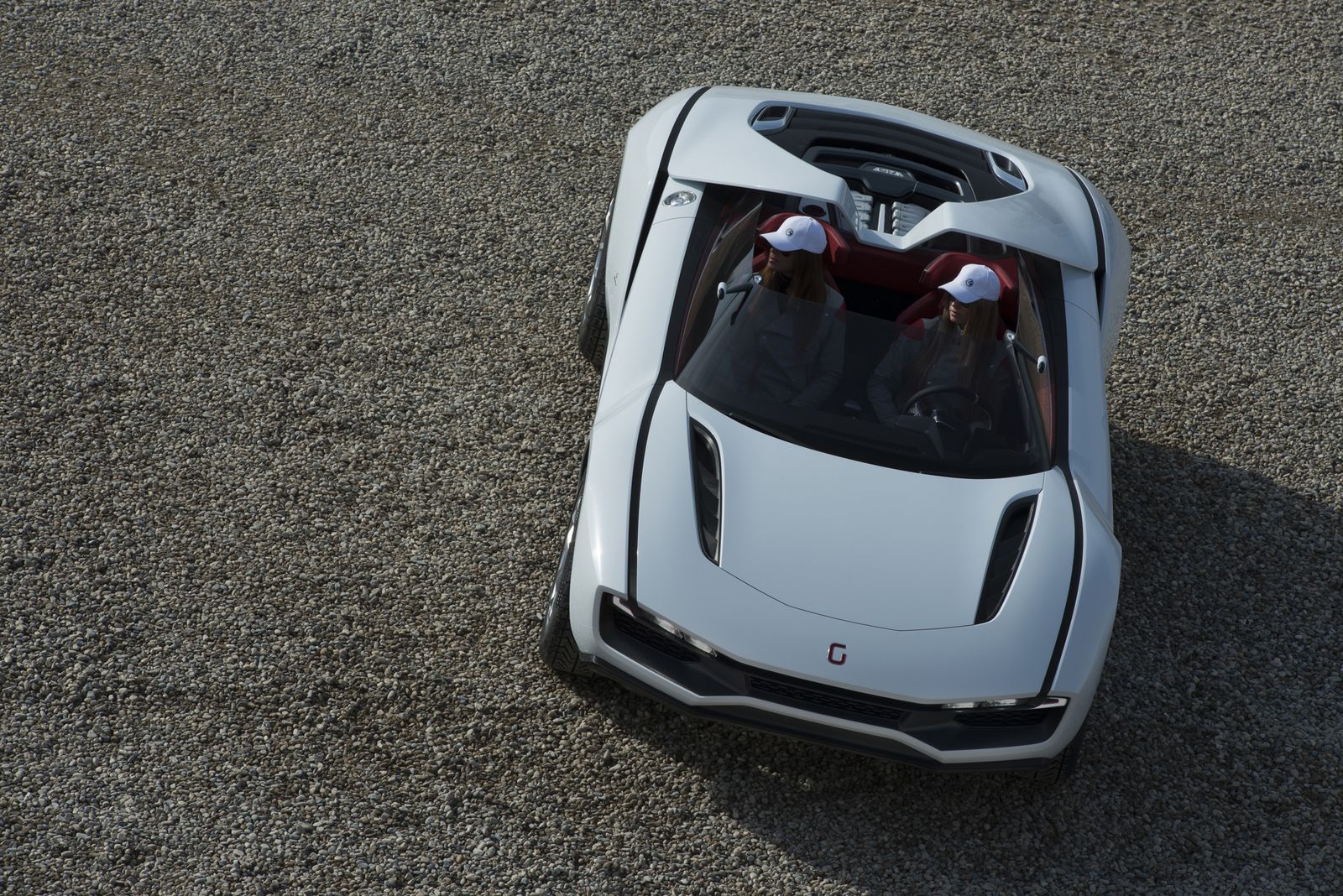 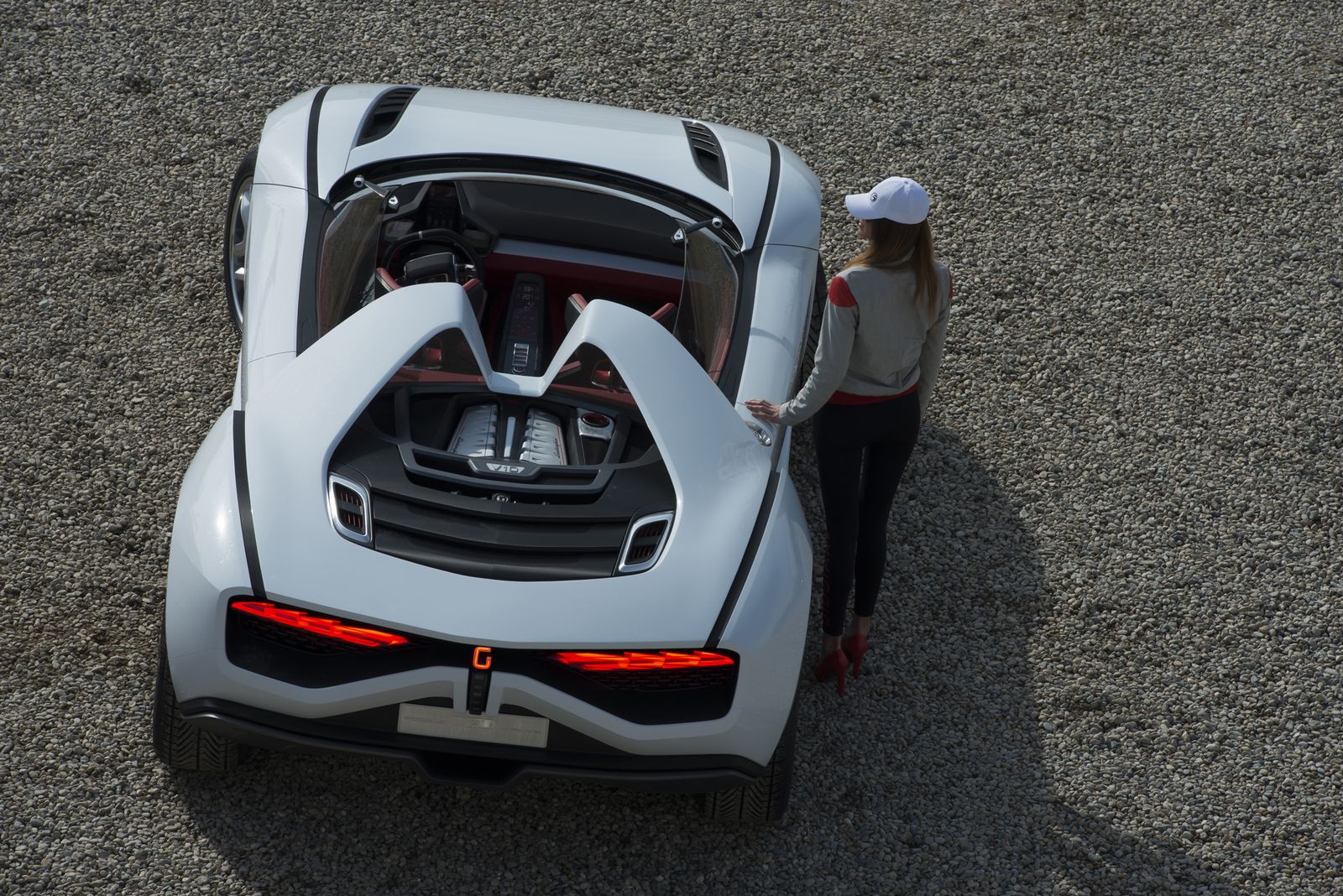