It’s not a car and it’s not a motorbike. The perfect synthesis between them.

It was presented at Turin Motor Show in 1986 and immediately public and critics are divided: or you accept it for its character like intelligent provocation, or you can only analyze its defects, considering it a museum utopia.

Created on Golf platform and mechanics, Machimoto finds its personality form mid 80’s world economy, characterized by petroleum low cost, that opens the market to vehicles designed for free time, as already happened in the 60’s and the 70’s with the Dune Baggy.
The ideal public is the young people one, making the Machimoto a socializing car: 6 seats that can become 9, located on parallel rows where you can seat like on a motor bike. You can get into the car by two lateral protections. Every passenger has a retractile shackle and a seat belt with two anchorage points. In the rear part, close to the luggage van, there is another seat that can guest maximum 3 passengers.

The steering wheel is the synthesis between car and bike; into horizontal bars there are two knobs that can change in three different positions: rest (inside of the bar), vertical (90° compared to the bar), open (parallel to the bar). When the knobs are closed you can use it as a traditional steering wheel.

Trivia The director movie, Carlo Vanzina, decides to choose this absolutely unique prototype (with the Nazca C 2 and Aztec) for  one of  his comic-fantasy  movies A spasso nel tempo (1996). 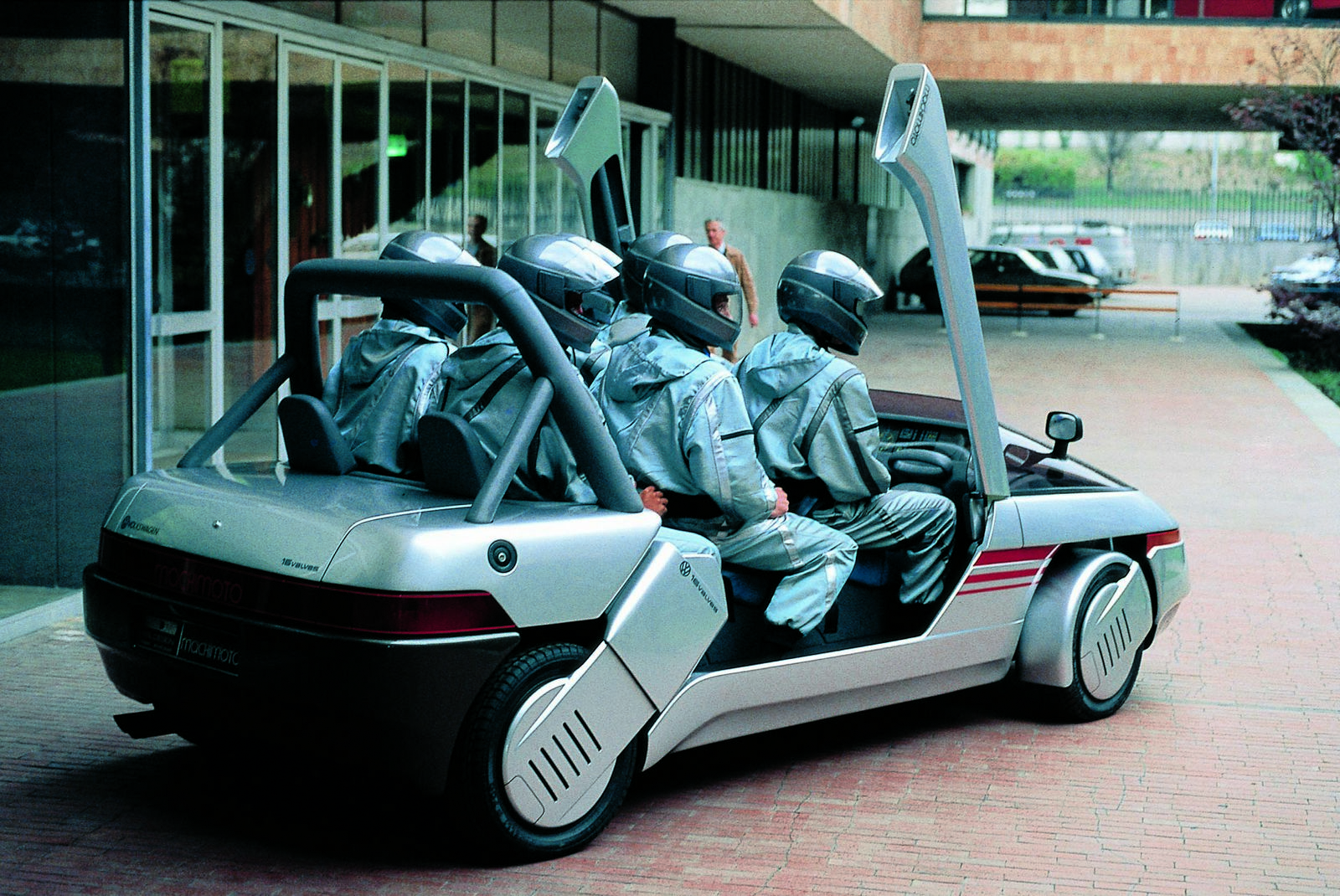 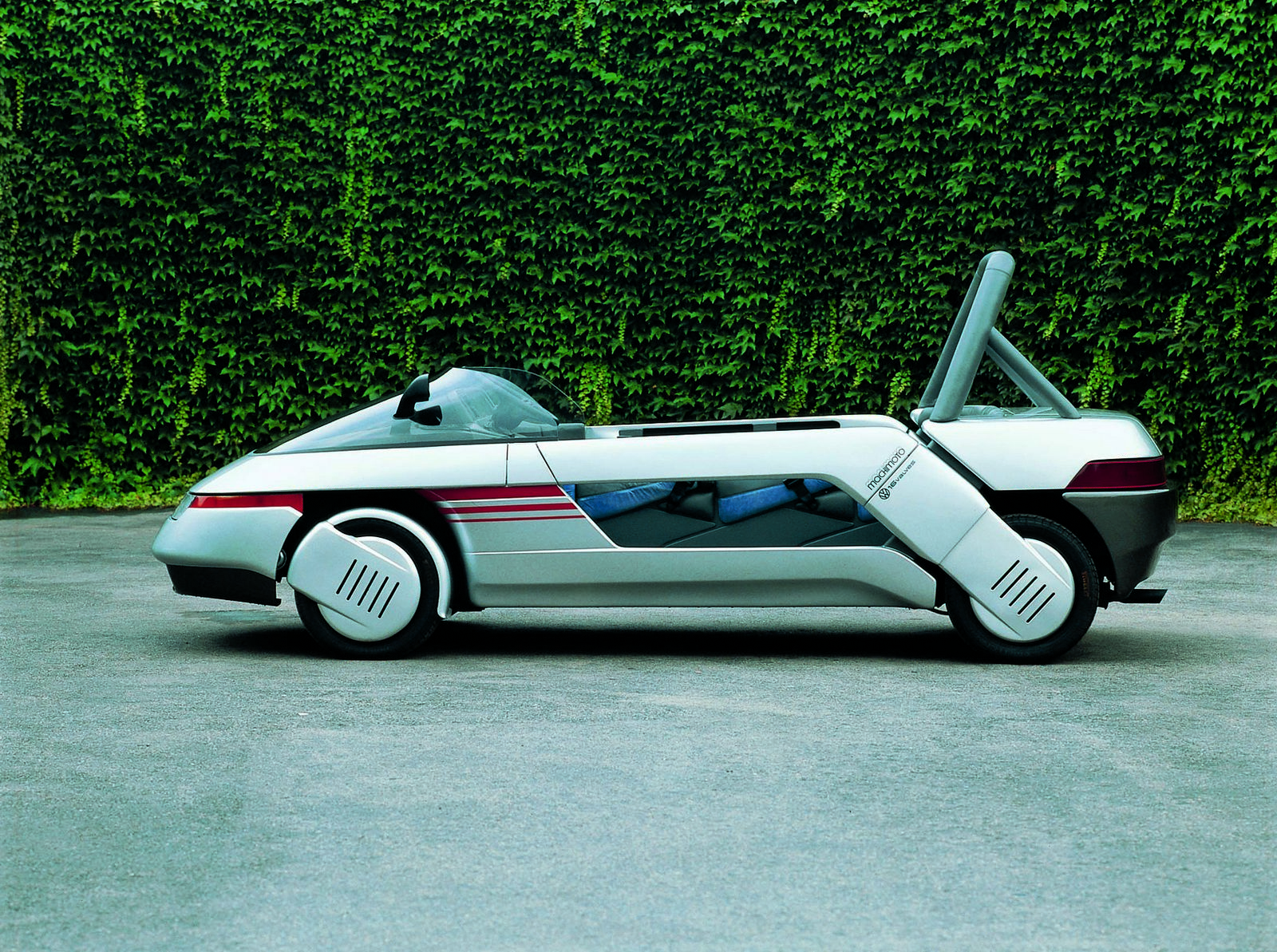 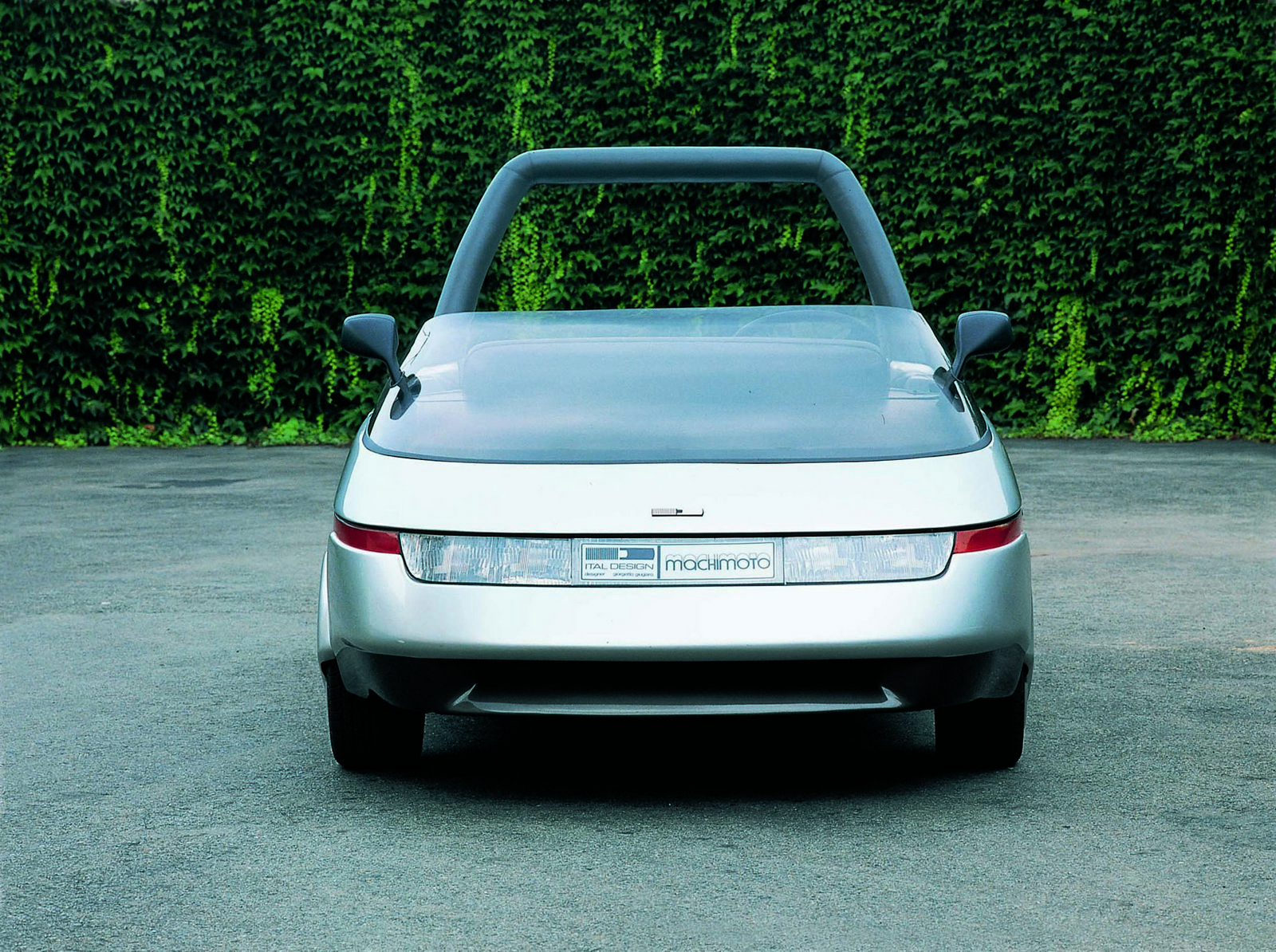